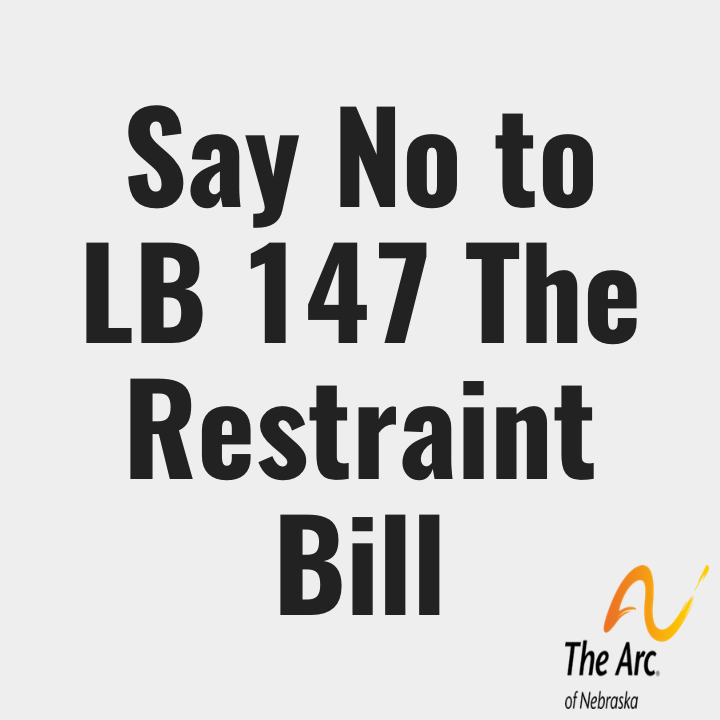 If Senator Groene wants to ensure that children are protected as he has stated is his intention here are some of the considerations that must be taken into account:

2 The overwhelming mountain of research that talks about the use of restraint can be harmful.  This along with the hours of opposed testimony at the hearing.  In comparison, there was only one supportive testimony. http://bit.ly/2Ec6TsZ

3 Physical restraint should only be used in emergency situations.  Only one version of this bill ever used language that accurately ensured this protection.

4 This bill only exempts children with disabilities in cases of classroom removal.  It ignores the Individuals with Disabilities Educations Act and 504 Plans when it comes to the use of physical force.

6  Behavioral strategies to address dangerous behavior that results in the use of restraint or seclusion should address the underlying cause or purpose of the risky behavior.

7  Teachers and other personnel should be trained regularly on the appropriate use of effective alternatives to physical restraint, such as positive behavioral interventions and

supports and, only for cases involving an imminent danger of severe bodily harm, on the safe use of physical restraint and seclusion. To have no requirement for training is massively irresponsible.

8 Every instance in which restraint or seclusion is used should be carefully and continuously and visually monitored to ensure the appropriateness of its use and safety of the child, other children, teachers, and other personnel.

10 The federal government is moving away from this arcane practice currently.  It is irresponsible of us to move in a direction that is contrary to federal requirements.

This bill does not adequately take these vital considerations into account to start.  To allow this out of committee and to the floor for discussion would be short-sighted and probably lead to a floor fight.  If Senators want to meet the stated intent it will take a lot of work, but for now, this bill is entirely inappropriate to bring for discussion.  Senators should instead focus on continuing to find a serious solution to property taxes that adequately considers Special Education Funding.